August 23, 2006
It's that time again, to highlight books being released by DC Comics in November. Full list at Newsarama. 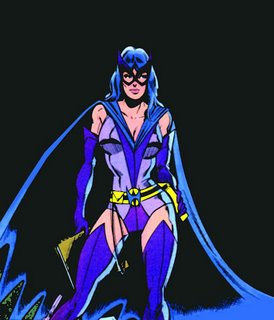 Huntress: Dark Knight Daughter TP - A collection featuring Batman's daughter is arriving in the form of a 224-page juggernaut for $20. Included are her first solo appearance and initial adventures. Being re-released in conjunction with this book is Greg Rucka's Batman/Huntress: Cry For Blood trade, collecting the original mini-series.

Birds of Prey #100 - Speaking of Huntress, the book she shares with Oracle and Black Canary turns 100 under the guiding hand of Gail Simone. Unfortunately, Dinah is leaving the team, so a new member will need to take her place...

Blue Beetle: Shellshocked TP - A collection of the new Blue Beetle series from Keith Giffen is being advance-solicited, and will be available on December 27. It collects 1-6 of the book, a title that started out good enough, but quickly lost my interest. 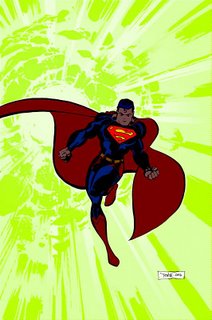 Superman Confidential #1 - Because we needed another Superman book, Darwyn Cooke and Tim Sale are providing a new on-going series starring the Man of Steel.

Crossing Midnight #1 - A new Vertigo series from Mike Carey, with art by Jim Fern and Rob Hunter. This book tells the story of twin sisters born on either side of midnight. Set in Nagasaki, it will follow the destinies and disasters that follow the siblings.