Showing posts from June, 2015
Show all

This Song: "Look What We've Become" 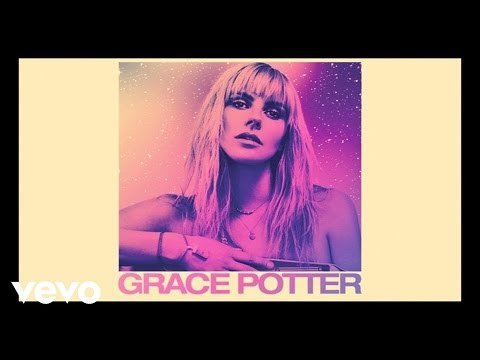 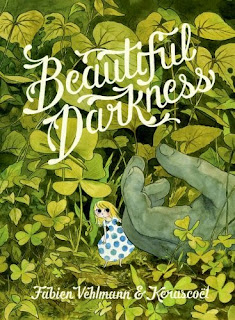 Today marks the ten year anniversary of Comics-and-More !  To celebrate, here's a look back at my favorite comics from each of the past ten years! 2014 Beautiful Darkness by Fabien Vehlmann and Kerascoet Not only did Kerascoet illustrate the excellent graphic novel Beauty this year, but the artist team is responsible for the stunning art of my favorite graphic novel this year, Beautiful Darkness .  In this grotesquely beautiful fairy tale, we see the little people who live inside of us as they abandon the corpse of a little girl who dies unexpectedly, learning to survive in the world around them.  The little creatures interact with nature, which is unforgiving, and form cliques that can be as ugly as the rotting corpse that they live around.  The watercolors are utterly fantastic, and the fact that they are so pretty contrasts deliciously with the darkness and decay that pervades the story in a wonderfully perverse way.  There are shocking moments and plenty of disturbing
Post a Comment
Read more 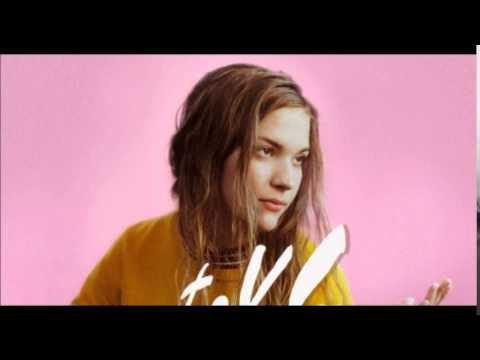 The Song To Listen To "Samurai Boy" by Tove Styrke The YA Book To Read "The Astrologer's Daughter" by Rebecca Lim The Comic To Enjoy "Marvel Zombies #1" by Simon Spurrier and Kev Walker The Movie To See "Jurassic World" Directed by Colin Trevorrow Starring Chris Pratt, Bryce Dallas Howard and Irrfan Khan The Trailer To Watch "The Good Dinosaur" More To Say Yes To This casting news Jon Bernthal will play Frank Castle (Punisher)  in season two of "Marvel's Daredevil." This Blu-Ray Release "Kingsman: The Secret Service" And this Blu-Ray Release "The Strain: The Complete First Season"
Post a Comment
Read more 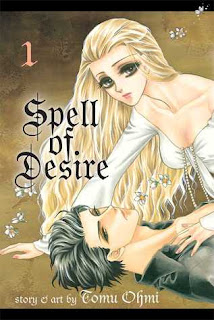 Spell of Desire (Volume 1) Tomu Ohmi From the creator of Midnight Secretary , Spell of Desire follows Kaoruko Mochizuki, whose mother left her when she still a baby.  Her grandmother raised her, but passed away two years earlier, leaving her an herb and tea shop.  A mysterious handsome man, Kaname, appears one day and claims that Kaoruko's mother is a powerful black witch, and that she stored her power within Kaoruko.  As her mother is the leader of witches, Kaname has been assigned by her to protect her magic within Kaoruko.  Kaoruko doesn't believe him at first, but when instances of her powers become apparent and get to be too much for her (especially her own emotions inflicting lust upon people), Kaoruko decides that there is truth to his words after all.  How does she get her powers temporarily under control?  Through a kiss from Kaname.  At first, he forces them upon her, but soon she rather comes to enjoy them, which really gets her emotions running out of whack.
Post a Comment
Read more 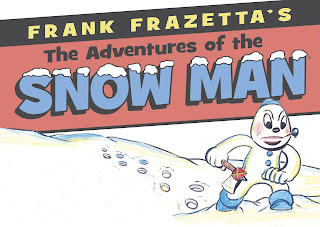 I've scoured Previews Catalogue for the best of what the upcoming month has in store for comic shops.  Here's what's happening in July... Five Hidden Gems 1. Frank Frazetta's The Adventures of the Snow Man HC - The first time in print, this is the first full story from the legendary artist. 2. The Divine GN - From First Second Books , this is a neat-looking fantasy. 3. Siege #1 - A title starring Agent Brand, written by Kieron Gillen, who wrote the hell out of the character in S.W.O.R.D. 4. Captain Britain and the Mighty Defenders #1 - Captain Britain and friends drawn by Alan Davis.  At least, I think Captain Britain is in it? 5. The Spire #1 (of 8) - A very pretty fantasy from Simon Spurrier and Jeff Stokely. Four Collected Editions 1. Oyster War - The Eisner-nominated comic from Ben Towle is finally collected in print.   2. Black Panther by Christopher Priest: The Complete Collection (Volume 1) TP - With a movie on the
Post a Comment
Read more 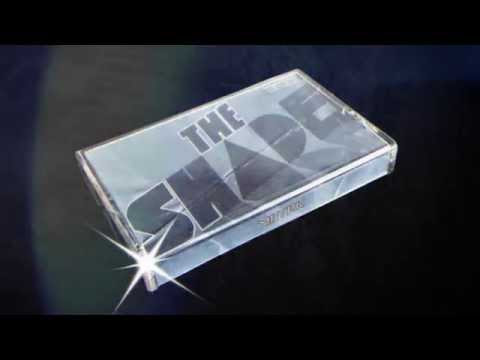 The Song To Listen To "The Shade" by Metric The YA Book To Read "Siren's Fury" by Mary Weber The second book in the "Storm Siren" trilogy. The Comic To Enjoy "Years of Future Past #1" by Marguerite Bennett and Mike Norton The Movie To See "Spy" Directed by Starring Melissa McCarthy, Jason Statham, Jude Law and Rose Byrne The Trailer To Watch "The Diary of a Teenage Girl" More To Say Yes To This announcement Eli Roth's "The Green Inferno" will be released September 25th. This music video Adam Levine gets naked and bares his ass in "This Summer's Gonna Hurt Like a Motherfucker."
Post a Comment
Read more
More posts