Showing posts from February, 2007
Show all 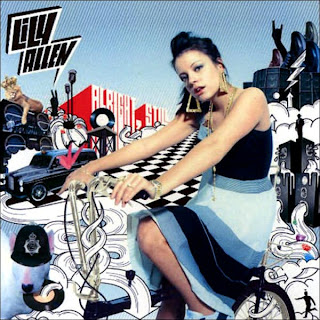 Lily Allen Coming out of nowhere with a fresh sound and a killer British accent is Lily Allen, whose debut CD came out a few weeks back with impressive results. It's hard to describe what kind of music Lily Allen does - maybe that's why when I uploaded the CD onto I-Tunes for my I-Pod, it contained the first tracks I'd seen labeled as "Undefinable" for its classification. But if I had to describe it, I would say that it seems to be a blend of R&B, rock and techno. I feel like it's what Gwen Stefani's been trying to reach with her solo efforts, but hasn't quite found. Lily Allen is a true pioneer with her sound. Some of the sounds may be a bit obnoxious and in-your-face upon first hearing the tracks (particularly with Knock 'Em Out ), but I'll be damned if they don't worm their way into your skull until they become some of the funnest, contagious sounds you'll ever experience. The first single off of Alright, Still is Smile ,
Post a Comment
Read more 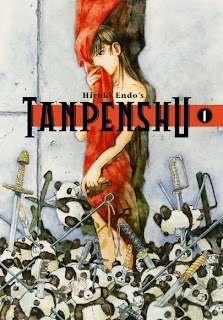 Tanpenshu (Volume 1) Hiroki Endo Tanpenshu is the first of two books from the very talented Hiroki Endo, who's best known for his sci-fi epic Eden: It's An Endless World! This a collection of short stories that occur in the real world, and as such, Endo proves his mastery over the medium with the diversity of his storytelling skills in this fantastic first volume. I was blown away by the depth and characterization that Endo was able to establish in such short numbers while maintaining that level of quality art that any fan of Eden has become familiar with. The first story contained within examines a blooming friendship between a disfigured girl and a yazuka outcast, and though it was my least favorite of the stories, it served as a great introduction to the volume. The other two stories, Because You're Definitely a Cute Girl (about a very disturbed high schooler) and For Those of Us Who Don't Believe In God (about the relationships of a theater troupe) were pret
Post a Comment
Read more

Paul Daly & Steve Bryant Before Athena Voltaire: Flight of the Falcon , Athena Voltaire starred in her own comic strip on-line that appeared more or less weekly at www.athenavoltaire.com . Garnering plenty of critical acclaim and nominated for an Eisner Award, the strip eventually caught the attention of publishers excited to print new material from the creators (Speakeasy, followed by Ape Entertainment) and the rest is history. Athena Voltaire emulates a 1930's adventure strip, and stars an aviatrix who has a knack for finding trouble. The two stories included in this collection, The Terror in Tibet and The Wrath From the Tomb , are the earliest adventures of the title character, introducing readers to Athena's world and vast cast of supporting characters. As her earliest adventures, the art from Steve Bryant isn't up to the standards of the gorgeous work that appears in Flight of the Falcon , but there are glimmers of greatness here and there amid artwork that'
Post a Comment
Read more 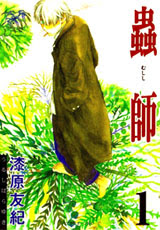 Mushishi (Volume 1) Yuki Urushibara Mushishi is a book that seems to have a few people excited in the manga realm. This series comes from a new young cartoonist and has garnered quite a bit of acclaim, at the same time that it's branching out into other multimedia areas like anime. The first volume of this manga has just been released by Del Ray to American audiences in a pretty little package. The story follows a mysterious young man, a mushishi named Ginko, who travels to expand his knowledge and help people with problems that involve magical creatures called mushi. He's kind of like a shaman of sorts. Now, I went into this book without having any prior knowledge of the premise and was a little out-of-sorts, as I didn't realize where the focus of the story would lie, let alone what the heck was going on. As a series of short stories, Mushishi opens with a young man (Shinra) who has the ability to draw anything he wishes into being with his left hand, no matter how fant
2 comments
Read more 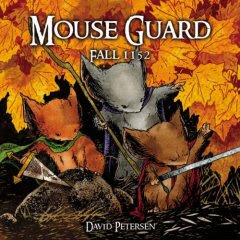 David Petersen Archaia Studios Press' first mini-series of David Petersen's Mouse Guard concluded a few weeks ago, with a hardcover collection entitled Mouse Guard: Fall 1152 scheduled for release in a few months' time, with the sequel mini-series Mouse Guard: Winter 1152 not far behind. The title has garnered quite a bit of praise, if not a faithful following, and deservedly so. This is a really good mini-series. And it features cute little mice with cute little swords! But truly, David Petersen does a stellar job of transferring his world to the page with vivid colors, beautiful drawings and great character designs. I've said this before, but Petersen also demonstrates a mastery of cartooning via the expressions of his characters, whose eyes are pretty much the sole vehicle at conveying emotion. The characters aren't exactly flushed out in this straight-forward story, but you can't help but getting attached nonetheless as the story progresses. In thi
Post a Comment
Read more 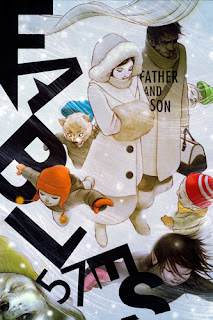 And I'm now caught up on last week's floppies... Fables #57 Bill Willingham & Michael Allred . The latest Fables sees Bigby and Snow going on a visit to see Bigby's father, The North Wind, with their troop of wolf cubs. Nothing particularly interesting occurs, but this issue does contain guest pencils from the hand of Mike Allred, who does a stellar job of it. B . X-Factor #15 Peter David & Pablo Raimondi . While Jamie Madrox is captured/brainwashed by Hydra, Siryn and Monet have a little incident in Paris, that latter story of which was more exciting. Jamie's quest to reclaim his dupes is an interesting one, but I hope something occurs in this book to bring it back to the glory of its early issues. The storylines lately have been a tad dull. C+ . Eternals #6 (of 7) Neil Gaiman & John Romita Jr. . The Eternals come together to try and stop the sleeping Celestial from...well, awakening. This is a pretty odd series, but it's fun in a way with some really
Post a Comment
Read more
More posts