January 03, 2008
Here we go again, picking out the comics with most potential, shipping to comic stores on Friday this week... 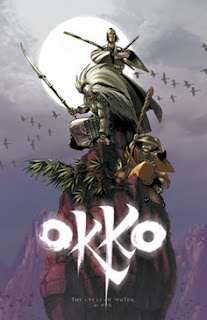 Okko: The Cycle of Water HC - French artist Hub's graphic novel from Archaia Studios Press finally ships to comic shops in a hardcover edition, collecting the entire four-issue mini-series that follows the ronin Okko and his band of demon hunters. The sequel is on its way to floppies shortly (five collections total is the plan), and a preview of the original series is available at Archaia's website.

Buffy the Vampire Slayer: Season Eight #10 - Joss Whedon is back.