January 23, 2008
Once again, Patrick and I single out the comics with the most potential, shipping to comic stores this week... 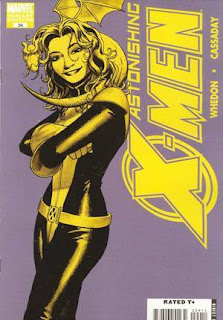 Astonishing X-Men #24 - Buy this even though Jog hates it. You won’t hear me say that very often, but I think he’s wrong about this series. This is Joss Whedon’s and John Cassaday’s final issue of the regular series, but their run will reportedly conclude in an upcoming Giant-Size Astonishing X-Men special.

The Complete Terry and the Pirates (Volume 2): 1937 - 1938 - The first volume of these mammoth reprint collections from IDW was #2 on my favorite comics of 2007, so it’s probably not a big surprise that I’m looking forward to more of the classic action/adventure strip from Milton Caniff.