September 02, 2007
And here we are again with our picks (from Previews catalogue) for books coming to comic shops in November... 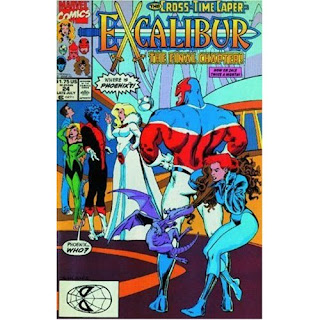 Also, we see a couple of X-Men collections come out. Essential X-Men (Volume 8) TP, which contains the Inferno story, among other things. And then there's the X-Men: God Loves, Man Kills Premiere HC that some events from X-2: X-Men United film were based. An overrated book, in my opinion, but I'm surprised that they didn't release this back when people were probably clamouring for it. And the thing I'm most excited about from Marvel this month...Excalibur Classic (Volume 4): Cross-Time Caper Book 2 TP. I'm very pleased that they're doing more reprints of the classic Excalibur series. Loved it.
DC:
Patrick: A couple of collections from DC caught my eye this month. The Legion of Super-Heroes: An Eye for an Eye TP is the first in a series of books collecting the fondly remembered LOSH series that launched in 1984, while Batman/Superman: Saga of the Super Sons TP features material originally published in World’s Finest Comics.
Image:
Patrick: Captain Victory and the Galactic Rangers HC: A companion volume to Jack Kirby’s Silver Star HC, this book collects more of the King’s work for Pacific Comics.
Dave: Girls: The Complete Collection Deluxe HC: The entire 24-issue run of The Luna Brothers' Girls in one book. The print run is limited to pre-orders, so if you want this, order one through your local comic shop now. Also, The Walking Dead (Book 3) HC.
ADV:
Patrick: Azumanga Daioh Omnibus Edition: I don’t know too much about this manga, except that another work by the artist, Yotsuba$!, is supposed to be good. I also like the idea of the omnibus books, and am generally a fan of multiple formats for manga.
.
Archaia Studios Press: 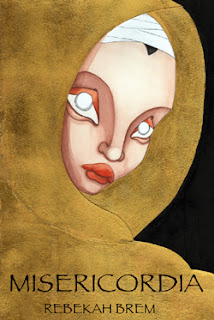 Dave: Several new books launch this month from the innovative publisher. The Engineer #1, which looks a bit more superhero-y than anything we've seen come from Archaia yet. Hybrid Bastards #1, a three issue mini-series with an interesting art style. And Misericordia #1, a new bi-monthly 11-issue book written and illustrated by Rebekah Brem.
Avatar Press Inc:
Dave: Warren Ellis' Blackgas TP finally gets collected! I was waiting for this. I missed the first issue, so was waiting for the trade, then...it never came out. Now that the sequel series has concluded, it's all going under a single cover. Warren Ellis! Zombies! Yay!
Classic Comics Press Inc:
Patrick: Leonard Starr’s Mary Perkins On Stage: The first three volumes of this reprint effort are offered through Diamond this month, I think perhaps for the first time? Dirk Deppey is a fan.
Drawn and Quarterly: 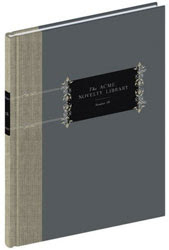 Patrick: It’s a great month to be a Chris Ware fan, as The Acme Novelty Library Volume 18 HC makes its appearance, this volume being an all “Building Stories” issue, taking a break from the “Rusty Brown” serialization begun in volume 16. I’m even more excited about The Acme Novelty Datebook Volume 2 HC, featuring selections from the artists sketchbook. The first volume in this series was absolutely gorgeous, so I’ve been anticipating this one eagerly. ***Patrick's Pick of the Month***
Fantagraphics:
Patrick: Perla La Loca GN: The newly formatted, chronological reprinting of Jaime Hernandez’s “Locas” saga continues in this third volume. These are beautiful looking books, collecting one of the greatest comics of all time, so you should buy them.
Dave: And going hand-in-hand with the new Jaime collection is Gilbert Hernandez's new reprint volume from the "Palomar" saga, Beyond Palomar, which contains both the classic "Poison River" and "Love & Rockets X." And New Tales of Old Palomar #3 comes out too!
IDW Publishing: 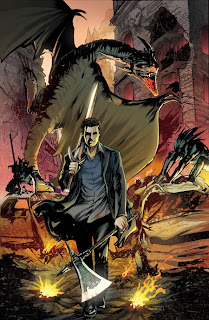 Dave: In wake of Joss Whedon's Season Eight of Buffy, the Vampire Slayer being released in comics from Dark Horse, IDW is teaming up with Whedon to continue the spin-off series Angel in Angel: After the Fall #1. The second volume of The Complete Terry & the Pirates also appears on bookshelves in November. ***Dave's Pick of the Month***
Oni Press Inc:
Dave: Queen & Country: The Definitive Edition (Volume 1) TP: Greg Rucka's acclaimed Queen & Country is being released in nice hefty volumes, which is great since I wasn't too impressed with the collections before and would love to have the entire run.
Pure Imagination Publishing:
Patrick: The Complete Jack Kirby Volume 1 TP: I don’t have any of these books, so I can’t speak to the reprint quality. Still, assuming it’s not completely illegible, it might be nice to add another Kirby book to your growing library in what seems to be a kind of golden age of Kirby reprints. Childhood art, newspaper strips, and interviews are featured here, along with Kirby’s first 125 pages of published comics.
Sunday Press Books: 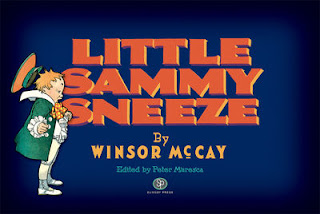