September 05, 2007
Remember, comics come out on Thursday this week! Here are our best bets on this week's offerings... 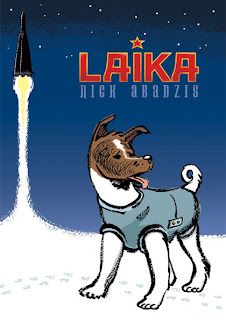 Laika SC - From :01 First Second Books this week is the tale of the first dog in space - actually, the first being from Earth in space, as told by Nick Abadzis. An abandoned pup in Moscow makes the joyage to space in Sputnik 2. Check out an excerpt at First Second's site.

Buffy, the Vampire Slayer (Season 8) #6 - This issue is noteable as the first not written by series creator and "executive producer" Joss Whedon, the first (of five) written by Lost scribe Brian K. Vaughan, and the Season Eight debut of fan-favorite character Faith.