The League of Extraordinary Gentlemen III #1 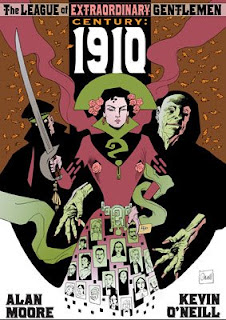 The team of Alan Moore and Kevin O'Neill reunite for a fourth installment (if including The Black Dossier) of the league of literary figures gathered to fight evil in the name of the crown. This time around, Mina and Quartermain are accompanied by the gender-shifting Orlando (introduced to us in The Black Dossier), as well as former thief Anthony Raffles and ghost-finder Tom Carnacki in the latest incarnation of the League at the beginning of the 20th century. This is the first of three issues in the third League of Extraordinary Gentlemen series that will be published by Top Shelf Productions and jump forward in time with new League members. But this does feel very much like its own book, with quite a climax surrounding the death of former League member Captain Nemo and the rise of his successor. But it all begins with a mysterious dream that Carnacki has about a cult that will bring about an apocalyptic event. This thread will be continued in the future issues of this series, but do tie in to events that go down within this issue, particularly with a confrontation Orlando has with the cult. Meanwhile, a murderer arrives in town to cause some havoc as well. This is a very satisfying new chapter of The League of Extraordinary Gentlmen that feels like a full-length graphic novel unto its own, full of the literary references that readers have come to expect that many of us won't get without further research. But even without the references, this is an action-packed, fun read that is probably a very different sort of experience that you would get by having gotten the references. Kevin O'Neill's art has never looked better - it was definitely worth the wait and delays for his portrayal of mutilated corpses and the dark streets of London. This is a dense comic that warrants rereads if any do this year. 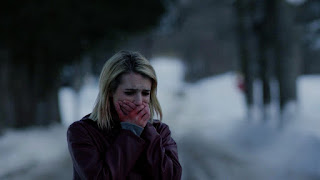 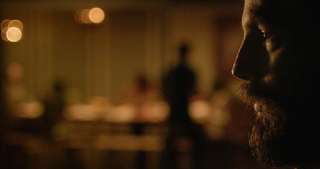