January 28, 2019
Here is my list of best comics of 2018, including manga, graphic novels, reprints and comic books. 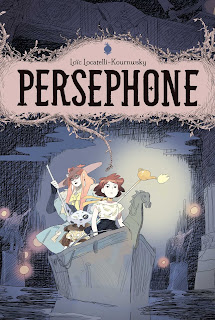 An interesting, wholly original take on the Greek myth of the same name, Persephone introduces readers to a world (and underworld) in delicate balance, and the secret at the heart of it all - a girl whose past is shrouded in mystery, the daughter of the very capable, magic-wielding Demeter.  Great world-building, wonderful characters, and a lavishly-told story. 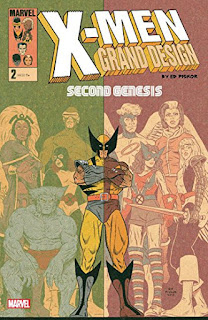 Ed Piskor (Hip-Hop Family Tree) takes readers on a journey that recaps the iconic moments from the convoluted history of the Uncanny X-Men, beating it into a coherent, impressive story.  It's a trip down memory lane, recreated with stunning artwork that will remind readers why the X-Men are so awesome. 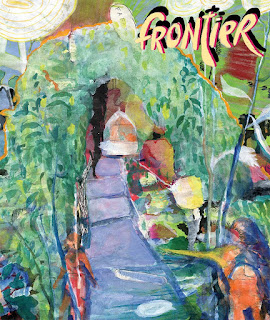 This single issue comic is a beautifully intimate story of motherhood, from the creator of The Goddess of War.  Weinstein drudges up a wealth of emotion that simmers throughout the course of this story, and the vulnerability she shares yanks on readers' heartstrings in a very visceral, real way. 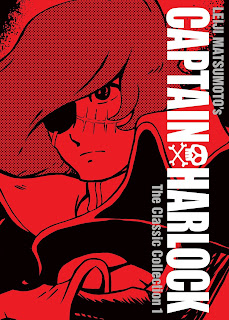 This classic manga by Leiji Matsumoto tells the story of a space pirate captain and his eccentric crew, as they strive to save Earth from a race of beautiful, but deadly alien women.  This manga strikes the right balance of cut-throat action, humor and mystery, for a whirlwind of a tale that would make Osamu Tezuka proud. 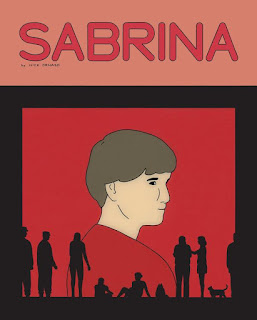 Sabrina becomes a national story when she goes missing, and is later found murdered in a man's apartment.  Her boyfriend, Teddy, deals with the fallout as he stays with a friend out of town.  This book is almost suffocating in its suppressed grief, and the paranoia that fills the minds of its characters.  The layers to this story are kind of mind-boggling, and maybe hit a little too close to home in today's political climate.  Disturbing and wholly engrossing. 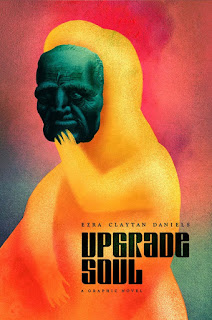 An elderly couple partake in an experiment that could make them young again, complete with new, upgraded bodies.  Things don't go as planned in this beautiful graphic novel, with lovely cartooning by Ezra Claytan Daniels.  The colors are vibrant, the "creature" designs are unsettling, and the slow-burning story that drudges up many philosophical questions, builds toward a startling conclusion.  Daniels makes even the ugly and brutally disturbing moments look beautiful in this unflinching, original story. Christin and Mezieres' Valerian continues to impress as each volume in Cinebook's complete reprinting is released.  This year saw the release of the seventh and final volume of the stunning, influential science fiction series.  Weird aliens, fantastic worlds with impressively built, creative societies, and silly adventures into Earth's past, come to life through dynamic art and action sequences, making this one of the all-time greats. 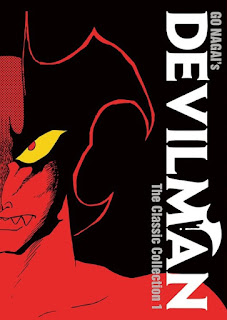 This series is insane, and also insanely good.  As a human boy merges with a powerful demon to become something in between, the Devilman battles hordes of ancient beings as they attempt to conquer the world and devour humanity along the way.  The designs of the demons are crazy, and deliciously ridiculous, and man, the fast pacing, the homoerotic undertones, and the breath-taking action sequences make for a doozy of a manga.  It's no wonder this is a classic. 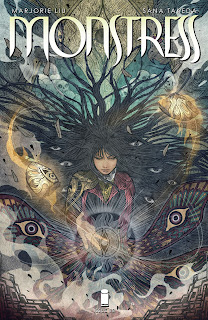 The world of Monstress is something really, really special.  In a world of gods and monsters, a young woman grapples with her (literal) inner demons while trying to make sense of a dangerous world.  Full of action, magic, betrayals and a cast of characters that one can't help but become attached to, this epic comic is shaping up to be one of the best fantasy comics in years, and just keeps getting better with each issue. 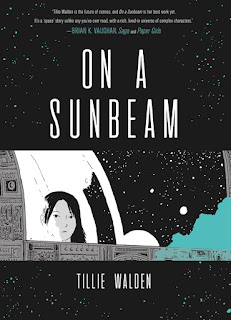 1 - On a Sunbeam
Tillie Walden

Amid the colorful panels of Tillie Walden's space adventure, is a beautiful story of a lost girl who finds a place in the universe.  Mia has been a screw-up for most of her life, until she falls in with a restoration crew that travel aboard a fish-like ship from destination to destination upon a sea of stars.  She has also found, and lost, the love of her life while at school, and must deal with the fallout.  This story of love, family, and facing the impossible for those you care about, is a gentle, slow-burning tale that builds toward a feverish, heart-pounding conclusion.  The art is beautiful, the universe incredible, and these are the sorts of characters one falls in love with and never forgets.  Best comic of the year.
Best Comics Captain Harlock comic books comics Devilman Frontier #17 graphic novels Loic Locatelli-Kournwsky manga Monstress On a Sunbeam Sabrina Top 10 Upgrade Soul Valerian X-Men: Grand Design